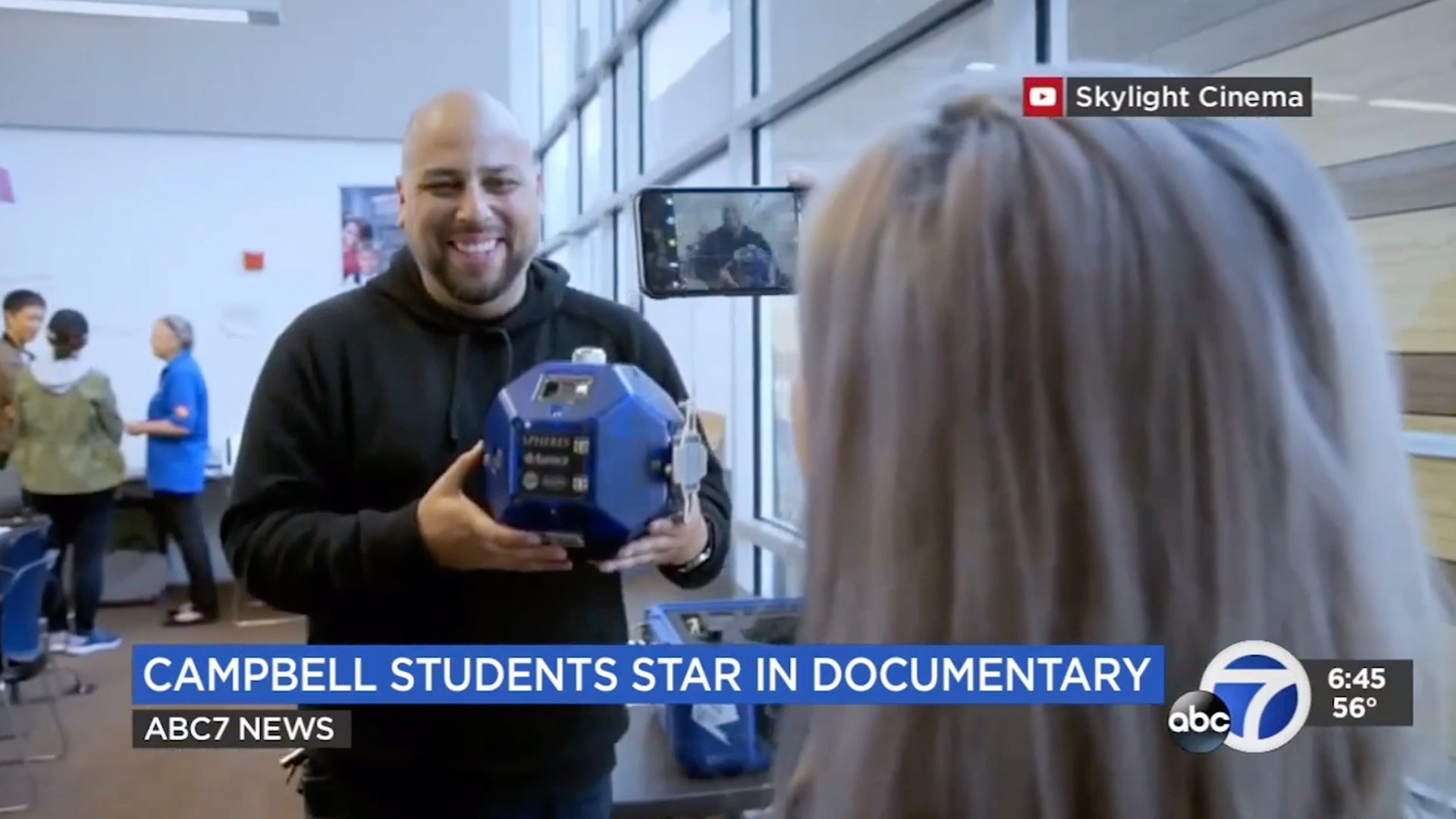 CAMPBELL, Calif. (KGO) — Learning to code can be challenging, so one can imagine the pressure on a group of South Bay 10-year-olds who were competing to code a robot to work in zero gravity in Summer 2017.

ABC7 is shining the spotlight on three Campbell students whose journey is captured in a new documentary called “Zero Gravity,” premiering at the Cinequest film festival on Saturday.

What the filmmaker Thomas Verrette captured in that Campbell classroom most prominently was curiosity, determination and teamwork. The camp took place four years ago, but the participants are still in awe that they got to see an astronaut test their code for use at the International Space Station.

“Hey, I actually did that,” said student Carol Gonzalez. “It’s not just like some random dream that happened, that I made up. It was like it was actual reality that ended up happening.”